Well, it’s all over. The Oculus IndieCade VR Jam winners have been announced.

Congratulations to all the finalists, and to all those 220 development teams with the willpower to see it through to the end.

My project, Nil, was a sleep depriving nightmare. But in a fit of masochism I’m following through with my goal of continuing its development.

Nil made a number of innovations, many of which I intend to keep as idioms for further VR work. For one, the head tracker was fully associated with a skeletal rig. So orientation also affected position based on bodily constraints. Something that greatly helped immersion and prevented motion sickness. For another, the game explored a more personal approach to first person interaction. When your whole world is replaced with a virtual environment, concepts such as personal space become much more important. In this case, I utilised the horror we feel when our personal space is startlingly invaded. Coupled with a dash of xenophobic revulsion provided by the uncannily faceless creatures I dubbed ‘Angels’, which you are forced to constantly stare at as a gameplay mechanic, the end result was very effective.

Pretty pictures of Nil’s progression from tech demo in week one to game at the end of the 3 week jam below.

If you don’t have a Rift and you will be in Auckland for Digital Nationz this month, I will be at the homegrown booth showing Nil off. Look out for the Running Dimensions time slot! 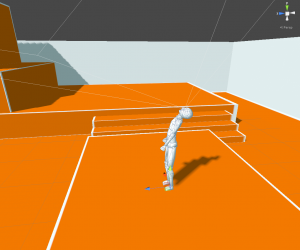 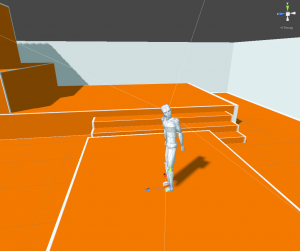 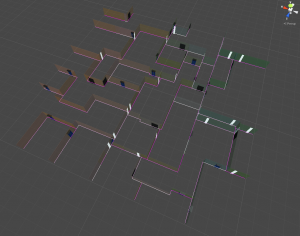 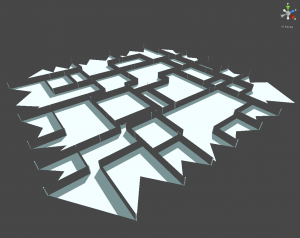 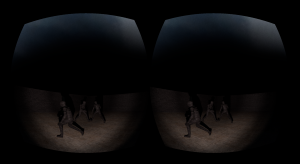 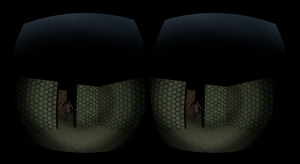 This entry was posted in Virtual Reality, WIP. Bookmark the permalink.